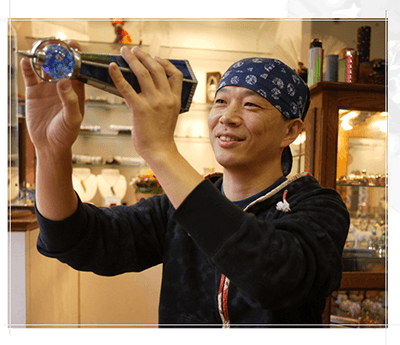 Koji Yamami is an award winning Japanese kaleidoscope artist who studied art and design at Santa Monica College in California in the 1980's and began handcrafting kaleidoscopes upon his return to Toyko.

He is also very active in promoting the wonderful world of kaleidoscopes not only in Japan but around the world and shares his passion by teaching the art of kaleidoscope design in his stained glass studio.

There are no products listed under this category.