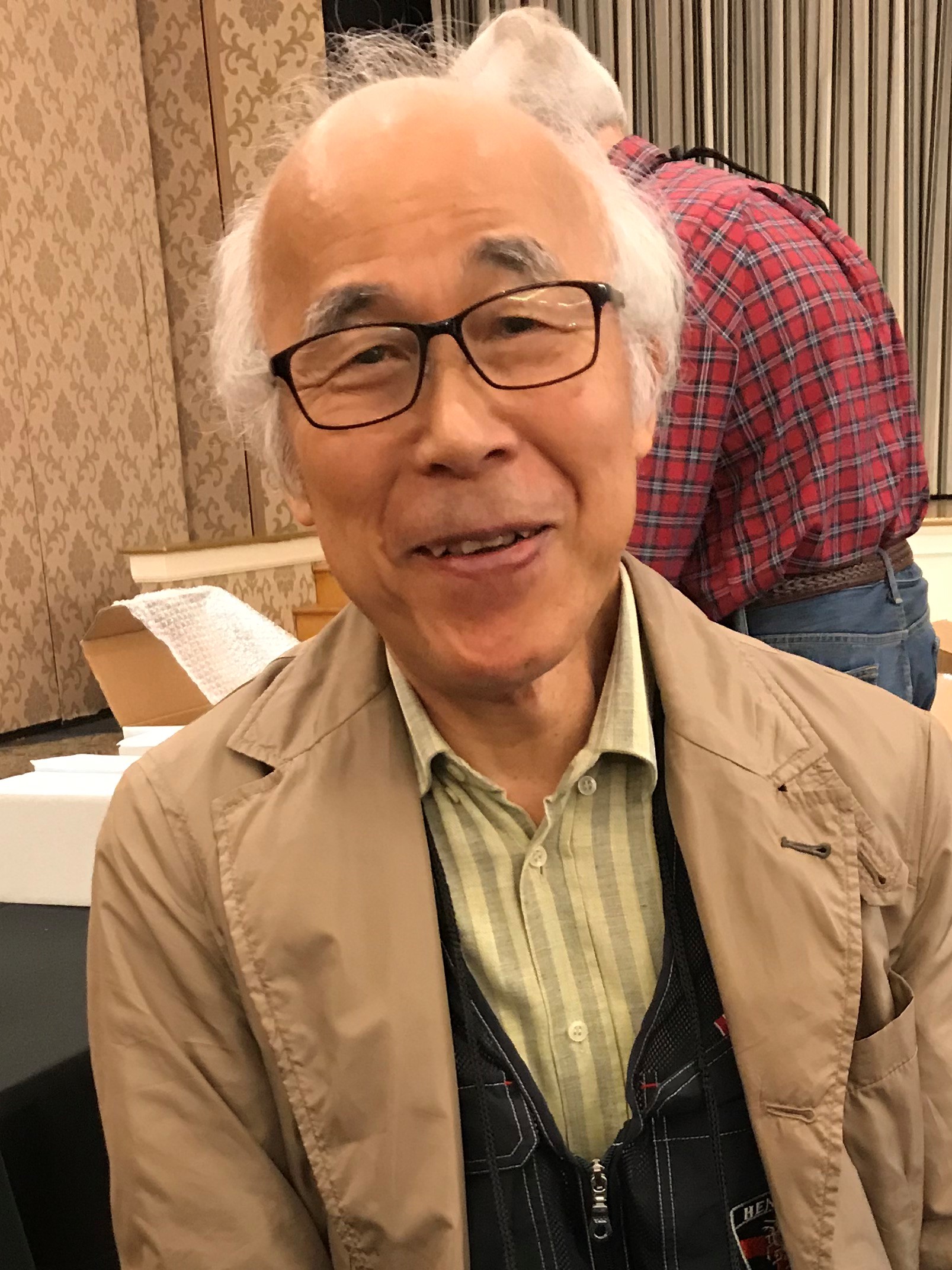 Yukinobu Kitamura, a retired Japanese electronic engineer, held his first one-man kaleidoscope show in November, 2013 in Tokyo. A self taught newcomer to kaleidoscope making, he made an impressive debut with his unique kaleidoscope, receiving the Grand Prix at the competition held by the Japan Kaleidoscope Society. After his retirement, he took up arts and crafts as a hobby, beginning with the creation of a stained glass lamp, then moving into metal working and using recycled materials such as plants, nuts, rotting wood, and eventually into kaleidoscope making, which he has been doing since approximately 2009.

Yukinobu’s kaleidoscopes are unique, dramatic, mesmerizing, and always conversation generating. Clearly, his background in electrical engineering has played a significant role in his design ethos, but most impressive is his artistic vision.  His kaleidoscopes have been recognized by the People's Choice Award at the 2013, 2014 and 2019 conventions of the Brewster Kaleidoscope Society.